Hudanich Orthopedics is very proud to make the following announcements. 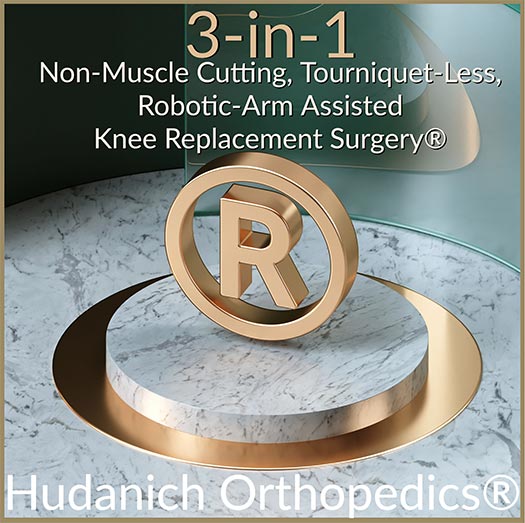 The owner of this trademark, Greater Orlando Orthopedic Group™ dba Hudanich Orthopedics® has spent time and money in presenting a service or product to the consumer.

The owner, Greater Orlando Orthopedic Group™ dba Hudanich Orthopedics®, fully protects this investment by preventing others from using the trademark and profiting from the owners investment.

All registered trademarks are the protected property of the Greater Orlando Orthopedic Group™ and may not be copied, imitated or used as trademarks or otherwise, in whole or in part, without the express prior written permission of Greater Orlando Orthopedic Group™ or the applicable owner. You may not use such trademarks, logos, or service marks without the prior written consent of their respective owners.

A trademark (also written trade mark or trade-mark[1]) is a type of intellectual property consisting of a recognizable sign, design, or expression which identifies products or services of a particular source from those of others,[2][3] although trademarks used to identify services are usually called service marks.[4][5] The trademark owner can be an individual, business organization, or any legal entity. A trademark may be located on a package, a label, a voucher, or on the product itself. For the sake of corporate identity, trademarks are often displayed on company buildings. It is legally recognized as a type of intellectual property.
The first legislative act concerning trademarks was passed in 1266 under the reign of Henry III, requiring all bakers to use a distinctive mark for the bread they sold. The first modern trademark laws emerged in the late 19th century. In France, the first comprehensive trademark system in the world was passed into law in 1857. The Trade Marks Act 1938 of the United Kingdom changed the system, permitting registration based on "intent-to-use”, creating an examination based process, and creating an application publication system. The 1938 Act, which served as a model for similar legislation elsewhere, contained other novel concepts such as "associated trademarks", a consent to use the system, a defensive mark system, and a non claiming right system.
The symbols ™ (the trademark symbol) and ® (the registered trademark symbol) can be used to indicate trademarks; the latter is only for use by the owner of a trademark that has been registered.